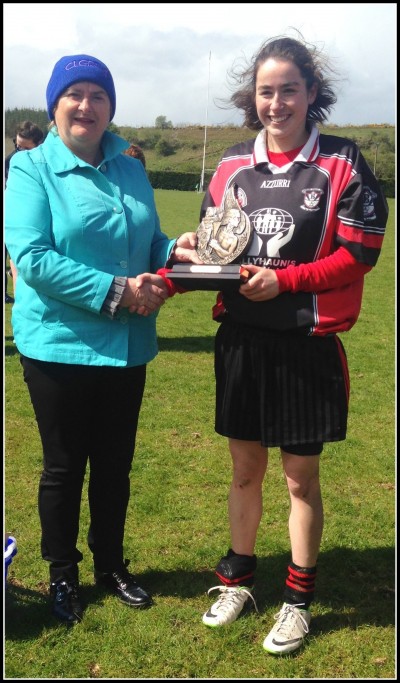 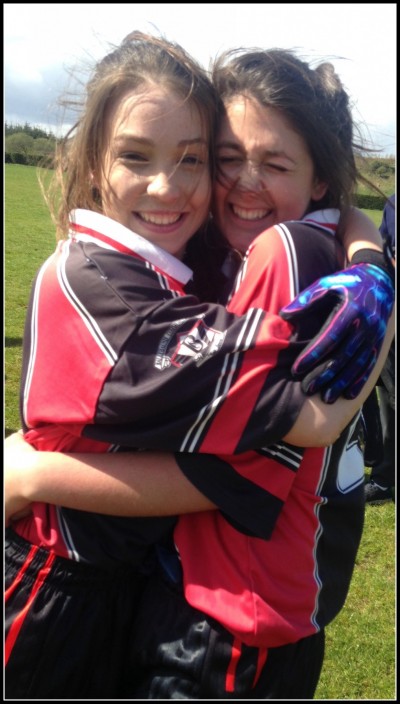 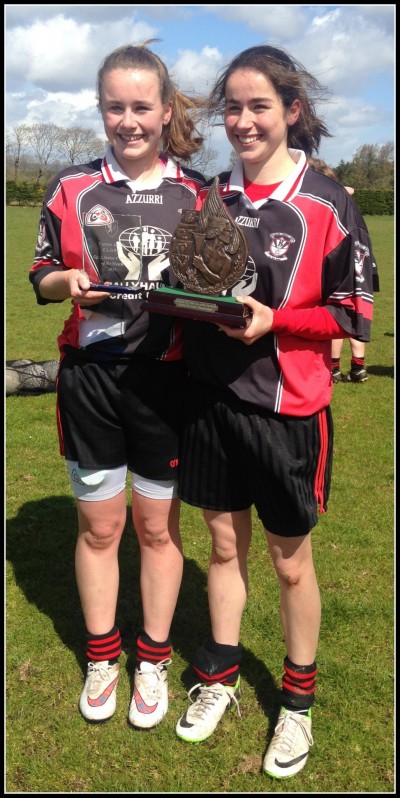 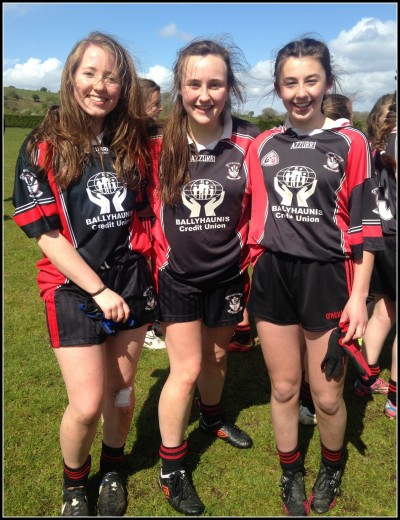 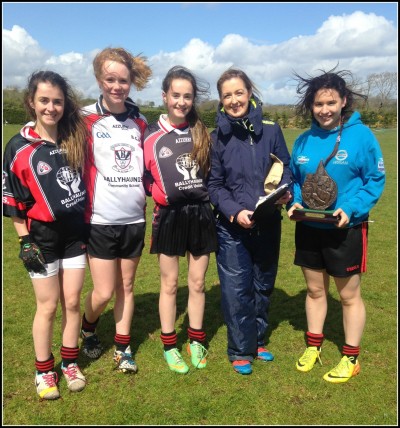 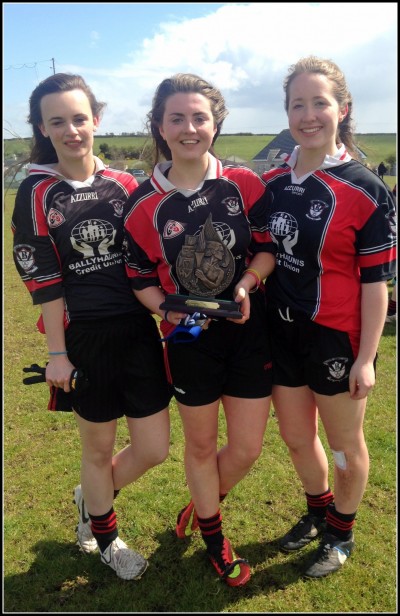 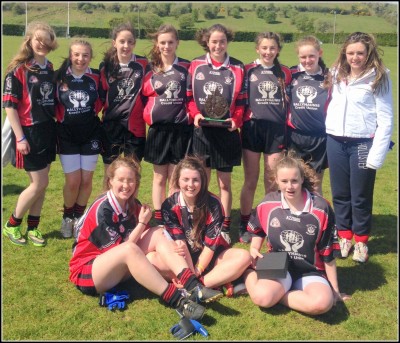 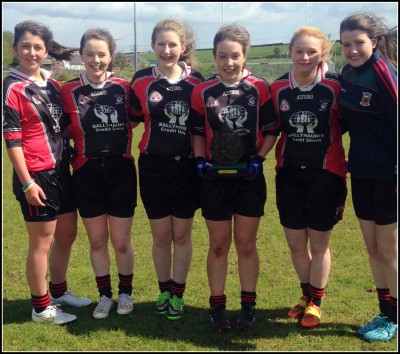 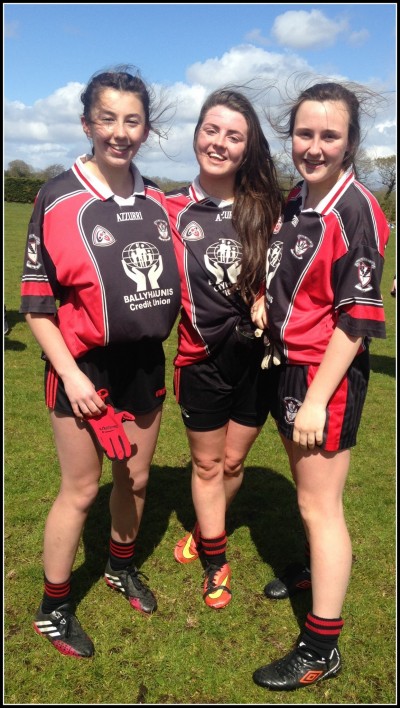 Congratulations to Mrs O’Brien and her Junior Girls Gaelic team who lifted the Connaught title today!! The girls have played superb football all year and thoroughly deserve their accolade. The final scoreline today read Ballyhaunis Community School 2-13, Santa Maria Louisberg 2-5. The match was played in very blustery and challenging conditions today in Balyheane and the girls were faced with by far their stiffest challenge of the season having blitzed all before them in their previous rounds. Santa Maria started very brightly and were 1-2 to no score ahead in the opening 5 minutes of the match. However the BCS girls soon got in their stride, inspired by their classy captain Cassie Niland who settled their nerves with a quick fire goal and a point. BCS notched a few more scores and went in at half time with the narrowest of a one point lead. With the wind in the second half it was time for BCS to shine and play some great football. Orna Hession came into full flight clocking up 4 fine points, but the ‘woman of the match’ went to Kara Niland, who was awesome at full back, stopping any threatening advances from Santa Maria and feeding in some great ball into the forward line. Also outstanding for BCS was Rachel Lyons, Roisin Hussey and Eimear Forde in the back line and up front Chloe Ryan, Sive Duffy and Niamh Foody were particularly impressive. However it was a terrific team performance and everyone played their part. Special mention must go to Mrs O’Brien and Mr Griffin for all their tireless work throughout the year.