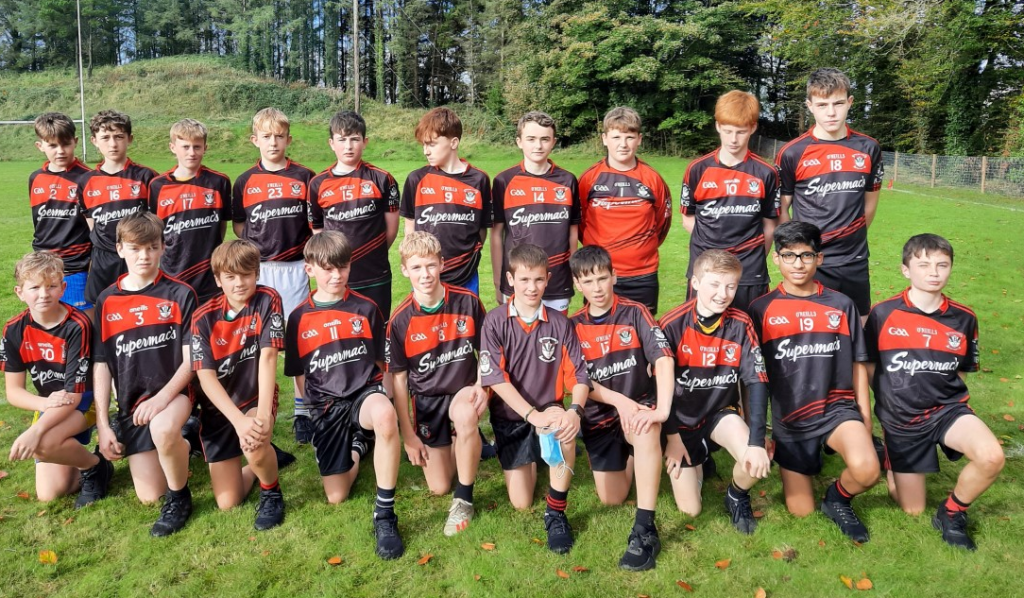 October 21, 2021
ballyhauniscs
News
Our 1st Year Boys Gaelic team defeated St. Colemans, Claremorris, today in their first game of the season. In what turned out to be a very competitive and entertaining game, the BCS lads got off to a brilliant start with Dylan Hunt and Eamon Monaghan opening the scoring to give Ballyhaunis an early twelve-point lead heading into the waterbreak. Colemans came firing back before the first half ended, cutting the lead to just seven points. The second half was very evenly contested and Colemans narrowed it down to a three point lead and were denied a goal to level it thanks to a heroic save from Seamus Pearson in goal. Ballyhaunis ran out winners in the end scoring three quick fire goals to seal the victory. Many thanks to trainers Mr. Hunt, Mr. Woolley and the TY students who helped out today.